In the United States, sexual violence affects millions of women each year. Unfortunately, because many occurrences go unreported, the official figures are likely to be underestimated. Victims may be ashamed, humiliated, or hesitant to report the abuse to the authorities, friends, or family.

Among those victims, Native American women are twice as likely as other women to be sexually attacked. Yet, successfully prosecuting perpetrators in Indian country can be more difficult – starting with something as simple as gathering evidence of the crime.

For example, if a test kit is not available at the local hospital, a victim must be transported to another facility which may be several hours distance – that is, if the victim still wants to proceed. These types of roadblocks to gathering evidence can substantially jeopardize the prospect of the attacker being apprehended.

Hallie Bongar White is working diligently to break down those roadblocks. She is the Founder and Executive Director of the Southwest Center for Law and Policy, a non-profit that provides tribal technical assistance to the Office on Violence Against Women of the United States Department of Justice.

In response to the severe shortage of sexual assault forensic examiners in Indian country, Ms. White developed the SAFESTAR program in collaboration with the International Association of Forensic Nurses. SAFESTAR is a one-of-a-kind care model that draws on Indigenous women's power and resilience to end sexual assault while also providing compassionate and holistic care for women and teen victims. Native women who have been carefully vetted and qualified learn the skills needed to deliver emergency first aid to assault survivors, provide referrals for follow up care, educate their community on healthy respectful ways of living and collect evidence to promote accountability for the perpetrators.

“Our graduates do a lot of different types of civil and administrative law, but they can also represent victims in criminal cases as their victim right’s representative in the tribal courts.”

She is the former director of the Indian Nations Domestic Violence Law Program and is a graduate of the Native American Studies Department of the University of California at Berkeley. Ms. White attended the master’s degree Program in American Indian Studies and the College of Law at the University of Arizona. She has litigated hundreds of jury trials, bench trials and appeals in tribal, state, and federal courts as a former public defender and legal services attorney. Ms. White has served as an Assistant Attorney General and as a Clerk of the Court for the Pascua Yaqui Tribe. She has also assisted numerous tribes in drafting domestic violence and protection order codes.

Ms. White says one unexpected side effect of her course leads graduates from the program to go on to pursue political offices. She says 90% of the students in the program are women, almost all those students are survivors of violence.

“Something about taking people who have been victimized, seeing themselves transformed in 6 months, empowers them to take on leadership roles.”

Ms. White wants people to know that the trauma, adversity, and violence you have faced, does not have to define you. She wants to empower women to use those powerful experiences to empower other people, take a stand to make changes where they can.

Thank you, Hallie, for creating programs that help women #choosetochallenge the violence in our communities and the stigma victims often endure.

Be sure to check out our other monthly spotlights here.

Understanding Why IT Security Is Important for Small Businesses Gallery

Understanding Why IT Security Is Important for Small Businesses 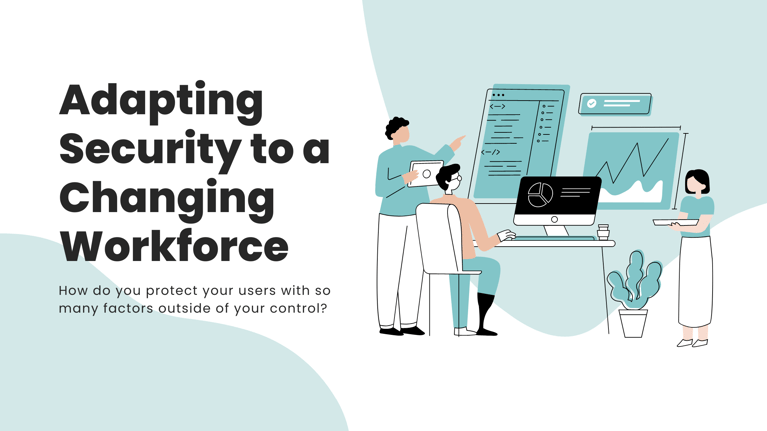 Adapting Security to a Changing Workforce